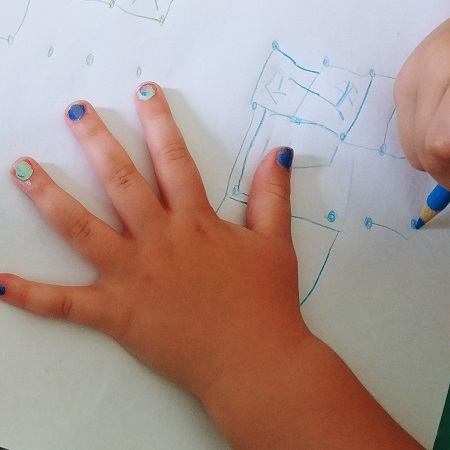 While her brother was sleeping I was sure I had a game in mind that would occupy my granddaughter for a long time. Drawing three parallel rows of dots, we took turns drawing a small straight line between two dots until someone completed a square. Whoever drew the last line to complete the square wrote their initial in that square. I was correct. She thought this was fun for about twenty minutes.

Four days later, she brought me a blank paper and two colored pencils – one green and one blue. She asked me to draw her dots with the blue and mine in another location on the same paper with green. She instructed me to make my lines in green on my dots and she would make her own lines on her own dots with blue. Interesting innovation, so I enthusiastically agreed to take turns and play this new game.

At one point her attention wandered and she drew a longer line past the first dot and on to another one. 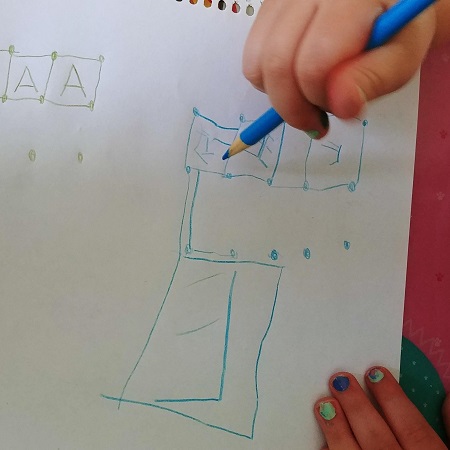 When I pointed out the obvious error, she paused and then went completely off the grid, creating her own very large square, completing it with a connecting line back into the grid. She laughed as I objected this was not part of the game and with a flourish put her large initial inside the large box.

She was delighted. She had surprised me and been able to draw the shape she wanted to draw, which is difficult to coordinate sometimes at age three. I realized with astonishment that perhaps she thought the point of the game was to learn how to draw squares, not to see who could draw the most boxes and win.

A few days later, when her father started to draw a grid to play this game with her, she quickly pointed out that he was drawing it wrong. I completed each row of dots before beginning the next row, and this is what she witnessed first. Her father instead began by framing the size of the grid. Not only did this granddaughter think the point of the game was to learn to draw squares, she also thought the creation of the grid needed to follow the specific kind of order she witnessed originally. 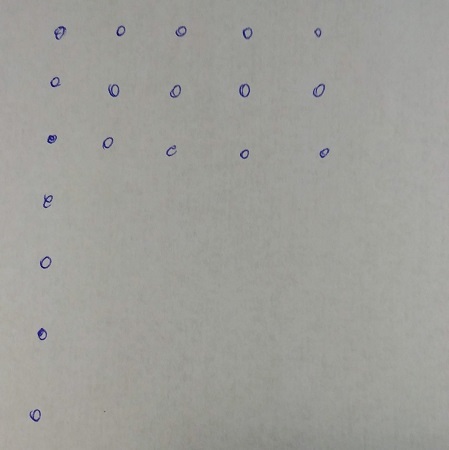 I wondered how many things I do a certain way because that is the way I learned originally. How much could I learn by altering my perspective? I set the timer for one minute and made a list, from which shoe goes on first to thoughts about tasks and time. It will be interesting to experiment in the coming days.

Set the time for one minute. Make a list of things you do in a certain way. Pause to wonder why. Over the next several days, experiment. Discover what might be learned when you change the pattern.